Kono Oozora ni, Tsubasa wo Hirogete
~ If My Heart Had Wings ~ 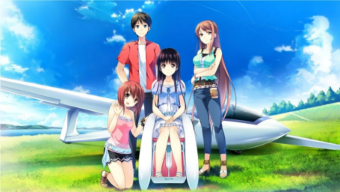 Plot Summary:
Aoi returned to his hometown of Kazegaura where a gentle breeze blows through the streets, having lost his direction in life. On the hill lined with windmills, he met a wheelchair-ridden girl Kotori and watched the gliders overhead in awe. With his childhood friend Ageha in tow, they resurrect the soaring club in order to fulfill a childhood dream: to fly on a paper airplane [From VNDB].

Visual Novel Discussion
Anyone heard of this upcoming release? there are a few turmoils about the english localization of the game, apparently, it's going to be heavily censored and even kisses and ecchi jokes will be removed or rewritten completely, I read that over 600 of about 1100 dialogs were cut, did anyone play the original Japanese release? from what they say on other forums, the original release received even some award, it might have been the 2012's best VN. I'm looking forward to this english release anyway, since there wasn't any english patch, it's still better than nothing (the translated files might be useful!).
- What I like about it:
It's HD (unlike many other VNs), the art style seems excellent and it's moe!

- Dislike:
Anything that is censored is incomplete, thus this release is going to be partial and it won't be the same work that received the award anymore (imho).

So far only a demo was released but, nobody says that we cannot speculate about the final product!

This visual novel is going to be a spectacular material!....thanks for the information...

"All you have to do to win one of these prizes is give me a description of your own visual novel character, then pop it in the comments below. It could be the ideal love interest, a crazy donut-loving maniac or even a robot-alien that is allergic to bad jokes. Descriptions can be as long or short as you like, and we'll be picking our favourites as the winners. He/she doesn't need to be funny to get our approval, most of us here are budding visual novel players, so we'd appreciate a well constructed character just as much! You have until 11:59pm CST on June 27th, and be sure you have a Japanator account so that we can email you if you win."
Even though they're giving away only 5 copies, it's gonna be hard... xD

Indeed it is...i guess just gotta wait until a few months later for it to be available for free download on fuwanovel...

It's been 2 days since the release and yesterday it was made available for free, the comments aren't reassuring though, most of the people who played it say that the translation is really bad, almost worse than google translator (lol?).
Fortunately I've already got my japanese copy since a week ago, I'd rather play the original using google translator, instead of playing a butchered version of the game with crappy translation (or maybe play both at the same time, like in windowed mode so that it's possible to see all the differences). 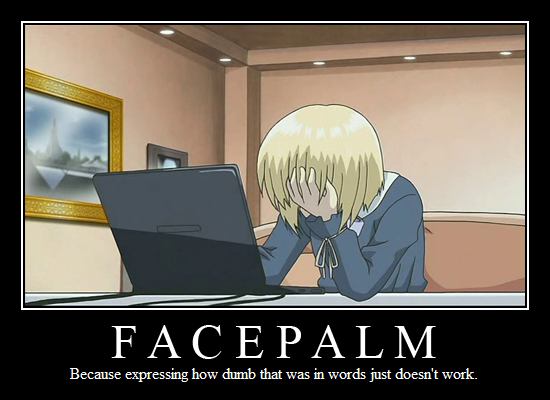 Yeah i can try that...please give me a pm to the link,rand.

Yuichi gave me some interesting news that many eroge fans will probably love to hear... they're making a patch!

Yes, here is the source: [NSFW]

Now that's reassuring, the work of art will be finally revealed!

Thanks for everything random...huhuhu..i shall be here soon to provide information about review..

Similar topics
» What is an OC release?
» Freezing Vibaration BD release
» For the upcoming Winter 2013/2014.