Probably some of you already noticed the "Character Sheet" tab in your profile's page, this is an example:
https://hi10anime.forumur.net/u3rpg

Anyone can enable it, more options can be added, like a table for stats and such things, my idea initially was to start a RPG based on D&D board game rules, since it's very easy to find manuals online and because it's a kinda famous and well done board game very suitable for forums like this. This foum has a tool to roll dices and I'm working on it, still trying to figure out how to use it in posts but, the settings are finished already so it's ready to be used, this is a preview:
Pic 1 / Pic 2

Now I want to know how many of you are willing to partecipate in this game, since not everyone has a lot of time and bandwidth to stay online, maybe we could decide to play this rpg weekly, like in the weekends or in 1-2 days that everyone is willing to play. If you ever played D&D before, probably you know that this game has to be played at a slow pace, so even if someone cannot partecipate for a week or 2, they won't be left behind and it doesn't cause any trouble to the other participants. The ideal number of participants should be 4 but obviously.. the more, the better!

For anyone totally new to D&D board game, to start playing we need:
- One dungeon master (DM)
- The script
- Maps
- A bunch of participants

I can be the DM there's no problem, but at times I won't be able to stay online so if anyone ever used to play D&D as DM role before and they want to help, we can decide the turns. The DM, for anyone who doesn't know, is not allowed to directly participate in the group (or the party) because the DM is the one that decides the script of the game, always based on the Dungeon Master manual and his own experience of course, so it might be a boring role if you don't like this kind of stuff, that's why someone experienced would be the best.
About the players, there's a Player Manual but I'll try to make a post with the rules that need to be followed (it's a thick book so I'm going to make just a summary).
This is an example of map that might be used:
http://www.gozzys.com/images/Maps/KarosDungeon2.jpg

I can make a dedicated page using the forum tools in html and with few lines of code it should be easy to put icons here and there and such things, not a big deal but, keep in mind that even if we get a good number of people, most likely the game will start in a month or something like that, I've to revise the rules for both DM and players since I didn't play D&D in the last 9-10 years even though I still remember something (also I'll have to make the characters sheets of each player, the icons, the scripts and the maps, even though I don't mind using maps submitted by you).
Do you think is worth it? let me know what you think about it leaving a comment here!

Yes, RanD. It's worth it. I'm probably the first participant who's planning to join, but whatever. I'm in. 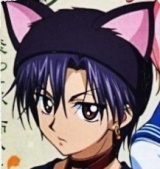 seems interesting, though i'm new in D&D board game, count me in

me three! i've only played one browser game before, gaia's herald of chaos. haha (not sure if its considered a board game) 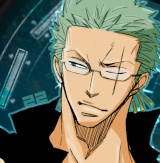 can i participate too? i'm curious about that D&D game. 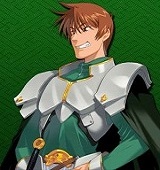 I found a tool to generate random maps which is surely gonna save us a lot of time, one less thing to worry about. The manuals I didn't have time to read them, yet, they can be downloaded from here in PDF (both player and dungeon master guides): http://www.sendspace.com/file/azzstv
Don't worry about the length, it's not like we need to remember every letter of it (I'll make a summary for players later). When I played this game for the first time, nobody had a manual, except the dungeon master.
Anyways, there you can read some stuff about this game, the names for races and stuff like that aren't mandatory, you can use whatever name you want (as for me I'll be "Happy" an Exceed from Fairy Tail

) there's no problem.
If anyone is willing to read the "Character Creation" part of the guide, you can start making your character sheet and when it's ready I'm going to update your forum profiles.

I'm going to be really new in this game so please be gentle once the game would start...hehehe...

Count me in, it seems like a lot of fun

Although I have little no experience of board RPGs this sounds fun.

E; Crap, forgot to look at the last post date before posting. Oh well, if this ever happens in the future then please count me as a player then. 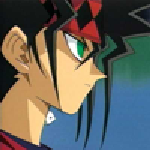 Just saw this today as well. If, by any chance this goes ahead, I'd like to join too. However...

This forum isn't very active anymore, I think this project is probably gonna end before even starting... xD