Hey guyz, I'm having a problem, so if anyone would help me out I'd be grateful. In the features of xy-VSFilter it's said that it supports non-integer values for /fscx & /fscy. And so I downloaded it(32-Bit Version) & loaded it in my avisynth script (for HardSubbing) & used "TextSub" to import the .ass file. But when I play the .avs file on MPC-HC, it's still not taking the float values for /fscx & /fscy. I've used the following script:-

Well, I' ve not yet tried it - will do so tomorrow, so please excuse my commenting here. A couple of things-
1. You said that playing the avs file does not take the float values, did you try encoding that part of the video to see if the mkv file does? Highly unlikely, but just to get it out of the way...
2. If it does not work, you can always give a small font with high fscx and fscy values, to get around that problem. For instance, if you want size 40 font scaled to 140.2 percent along x, you can try size 8, with fscx as 701 percent and fscy as 500 percent!!

Will try and tell you however. But since you anyway have fsc values of the order of hundred, I'm curious to know if a change of the order of 0.1 will really make that big a difference.

Yes, when I play the .mkv file on MPC-HC it takes the float values. I tried loading the vsfilter.dll which the MPC-HC uses in the avisynth script, but no luck.

Well you see when there's a sign which has an non-uniform movement & zooming, there's no other choice but to use frame-by-frame typeset. In such cases, float values are required for /fscx & /fscy (if there's zoom in/out) otherwise it won't be smooth during playback.
In Aegisub(32-Bit), if you go to View -> Options -> Video, you'll see an option "Subtitles provider". If you choose"CSRI/xy-vsfilter_aegisub", then it supports float values. So I tried loading "xy-vsfilter-aegisub.dll" in the avisynth script, but it says it's not an avisynth plugin. Whereas the other one "vsfilter-aegisub32.dll" works fine in avisynth but it doesn't support float values.

Well, I still wouldn't agree with you regarding

ankush93 wrote:. In such cases, float values are required for /fscx & /fscy (if there's zoom in/out) otherwise it won't be smooth during playback.

For instance, consider this : 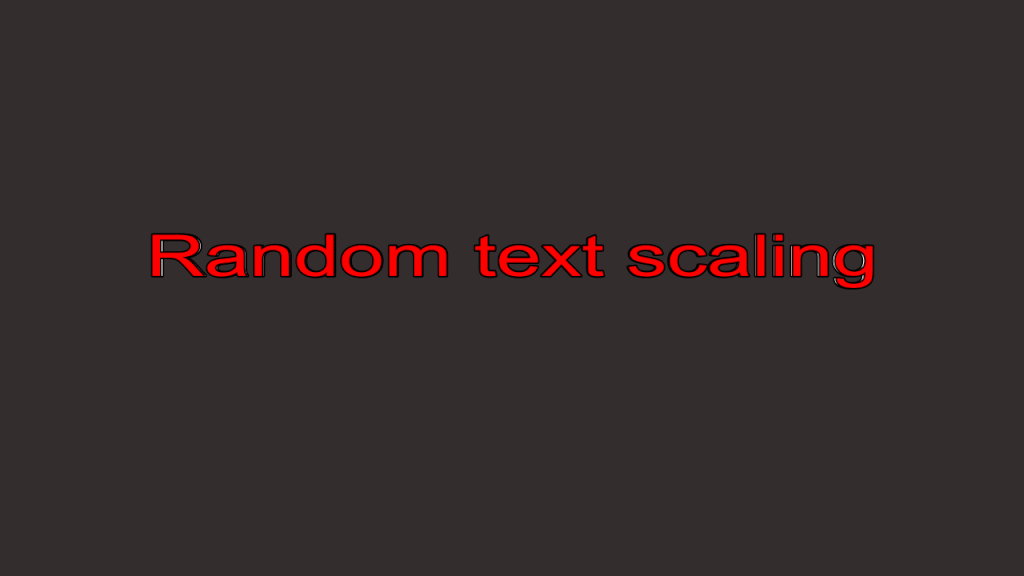 I tried animating with \t as well and playback appeared smooth to me.

If you are getting float values by using visual typesetting in aegisub, I'd suggest rounding it off to the closest integer, though I guess it might get tedious doing it frame by frame. Of course, if it plays properly in the mkv file, then no problem, right!

Anyway did you try the other workaround I mentioned - point 2 in my previous comment? It can, in many cases, solve your problem if you want so exact scaling.

Download the file : http://www.multiupload.nl/EIU5CF23IH
Play this in Aegisub by setting the "Subtitles provider" as "vsfilter-aegisub32.dll" and then "xy-vsfilter-aegisub.dll". You will notice the difference.

Yes, here too the difference was showing because of the high size of the font (135).

Well, then try this script - I reduced the \fs and gave high scaling, like I'd mentioned previously. A bit of ugly work here (using find and replace), it works much better with either filters now

Didn't try hardsubbing it yet...
Do let me know if it works or not.

Wow, nicely done. But I didn't understand how you did it. What did you find & replace? Low /fs value and high scaling will get me around this problem? Please explain...

P.S.: Thanks for taking your time for my silly problem buddy. I really appreciate

Well, no problem is too silly

(Note - I'm pretty sure that fscx and fs are not multiplied like I said above, as the fscx and fscy vales are in %, but I said that way for convenience of explaining.) The point being, try keeping a lower size and give high scaling in case float values are not recognised.

As to how I did it, you have the Find and Replace option in aegisub. I simply put \fs135 in find and \fs13.5 in the replace and replaced all. Then I had to multiply all fscx and fscy by 10, which is like shifting decimal point to right by one place. So I found all instances of .9 in fscx and fscy and replaced by 9. , .8 by 8. , .7 by 7. ,etc. There again I had to take care not to replace the decimal points in the rectangle drawn. As you can see, it took 15 odd min. to do

Not sure if I explained properly. I tend to complicate things sometimes, so sorry.

Your explanation was neat. I understood what you're trying to say. Though it didn't solve my actual problem but it did show me a way around it

. I'll try doing things like you've said. Yes, it's a lot of work to find & replace the scaling values. Actually I found a lua automation script on the internet which allows me to multiply the values of \fscx & \fscy. So thank you very much for your help.