Which CRF do you prefer

I just wonder why many encoders here use CRF 23 when this website is supposed to offer small mkv animes.

I just wish if encoders here use CRF 25 or 26 instead to save some space. I don't know if people here agree with me. So, I made a poll

@Maroon1, the thing is - crf 23 is NOT the default preset used. Some things you should know(and this is what I think, not representative of the hi10 site in general) :
1. Agreed that file sizes should be low(and in most cases, they are). But the aim is to provide anime in good quality, and not aim for a fixed size. Even if it means a slightly larger file.
2. Look carefully, there are many encoders here and each one uses his/her own preset. 23 is not even the most common crf value here. As far as I've seen, crf 24 is more common.
3. crf is not the only parameter that is considered while encoding -you'll know that one cannot decide an encode based only on its crf. Other stuff like aq , psy, and more come in; and in some cases, filters as well.
4. The encoding parameters depend entirely on the source from which you are encoding - so you cannot generalise and say that a crf 25 or crf 26 should be used for everything. It may give good quality for some anime and might cause artifacts in others. Things are all relative, and I think they should be kept flexible.

Since you made a poll, let's wait and see what other people think.

ummm if its me i prefer if the encode was crf 18 bcause the quality was still good enough even it was better than 23,24,25 and 26 but it was rare encoder want to do that 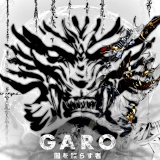 Similar topics
» Stop using ordered chapters
» does anyone know what anime this is?
» What anime is this from?
» Anime Name on Banners
» Want to request anime here!