So, what anime is your "Guiding Light"? The light that guided you to the righteous path, the glorious world of anime. Everyone should have that one anime that made turned him into an anime geek.

Mine's is: Angel Beats!
Before, I never watched any anime with only 12/13 episodes. I never even watched something with 25 episodes. I thought that it was so short probably because it didn't sell well. But, while looking around, I noticed there were so many anime with only that few episodes. So, I thought I should give it a try. The anime I picked at that time was Angel Beats!. I picked it randomly, well, not too random as I found Angel Beats! had such a moe character beautiful animation. It surely surprised me with how awesome that series was and even someone who was not yet an anime fan could finish it in a day. Now that I think about it, I was very lucky that it was Angel Beats! that I picked. If I picked something weird then probably I wouldn't ever be here sharing my story with you.

Well, that's my story. What about yours? Please share. 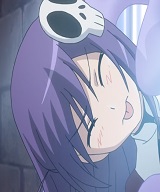 Mine is: Death Note.
Usually a person seeks guidance from characters, not series because in a series you cannot like every character and things. (Sometimes it is possible, though)
When I say Death Note, I mean Yagami Light.
Well because I love the way he does things. Manipulative or not, he gets the job done. And I like that. Another good factor was the darkness lurking around the world. World has never been a good "happy-go-merry" place. Read history and all. One-laughter-and-thousand-cries kinda thing. So it's nice to see an anime based on that concept with awesome characters.

I must admit it was SAO 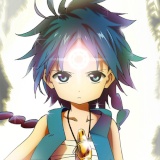